Scareware is rogue malware (malicious software) that preys on people’s emotions, fears, and limited technical knowledge — using social engineering techniques to persuade victims to compromise their unwittingly. The criminal then defrauds you of your money or – often both. It is all over the Internet because it’s extremely profitable for cybercriminals.

Scareware most often presents itself through fake virus alerts, deceptive software updates, or sham malware removal tools that scare you into believing your device is infected or needs updating. The criminals fool you into clicking the link or ‘download’ button, thinking you’re getting genuine software, a real antimalware removal product, or a critical software update.

The bad actors know that a human tendency is to trust others, particularly those who appear to be in authority positions. Cybercriminals recognized that this is true of human behavior on the Internet, just like in real life. So, they exploit this quality.

How does Scareware work?

The most common method is when you’re browsing online, and a pop-up ad appears on your screen, warning you of some bad event – such as your device is infected with dozens of viruses. The ad claims that it will immediately eliminate the viruses if you buy and download their software. 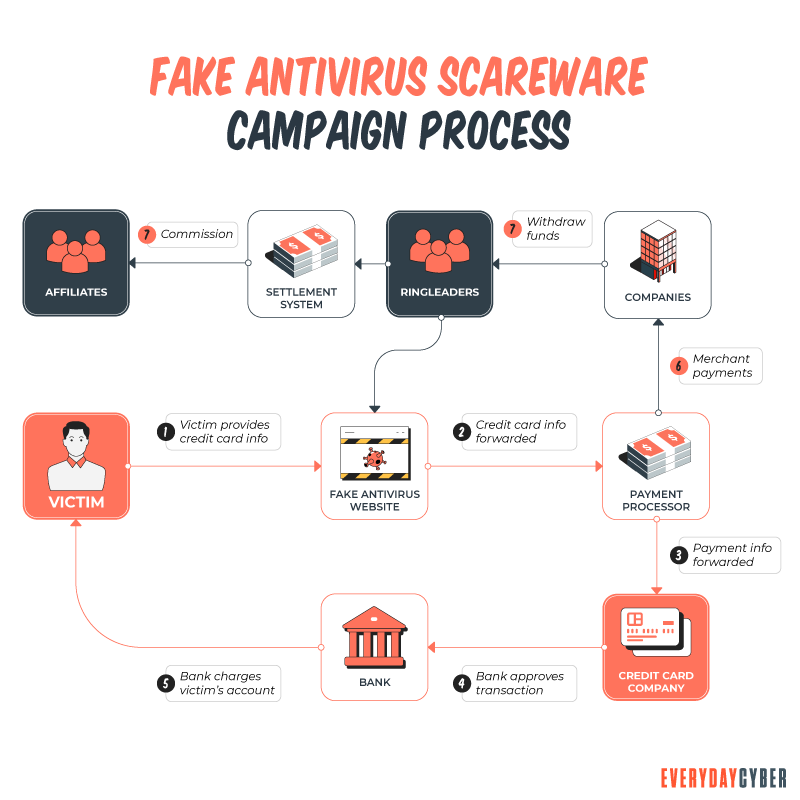 If you’ve experienced this, you’ve been hit with a scareware attack. Scareware is a scam in which bad actors attempt to access your financial or payment (credit card) information and often access your device by tricking you into buying fake software. The prices they charge for these scam programs vary, but it’s usually between $19 and as high as $100. Unfortunately, if you fall for this scam, you not only have probably provided them your credit card, they probably installed malware onto your device, which means they can wreak even more chaos.

How do I know if I am hit with Scareware?

The most practical option to protect yourself is by recognizing the warning signs of Scareware. 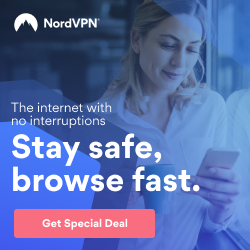 The best online VPN service for speed and security | NordVPN Buy Now
We earn a commission if you make a purchase, at no additional cost to you.

The pop-up ad is especially ominous

The scammers want to scare you so that you’re more likely to act and purchase their fake product. They intentionally use ominous warnings that your computer is infected with hundreds of viruses, or that these viruses will immediately cause your computer to crash to persuade you to act – it is a form of social engineering. The more threatening and scarier the claims are, the more likely you will react to the scareware the way they want.

The ads push you to act fast

Urgency is a technique used by marketers to cause action. Cybercriminals are creative, and they leverage the same methods that legitimate individuals use to influence behavior. The bad actors behind these attacks want you to quickly purchase and install their malware before you have a chance to think about it. If a pop-up demands that you act now, it’s probably Scareware. 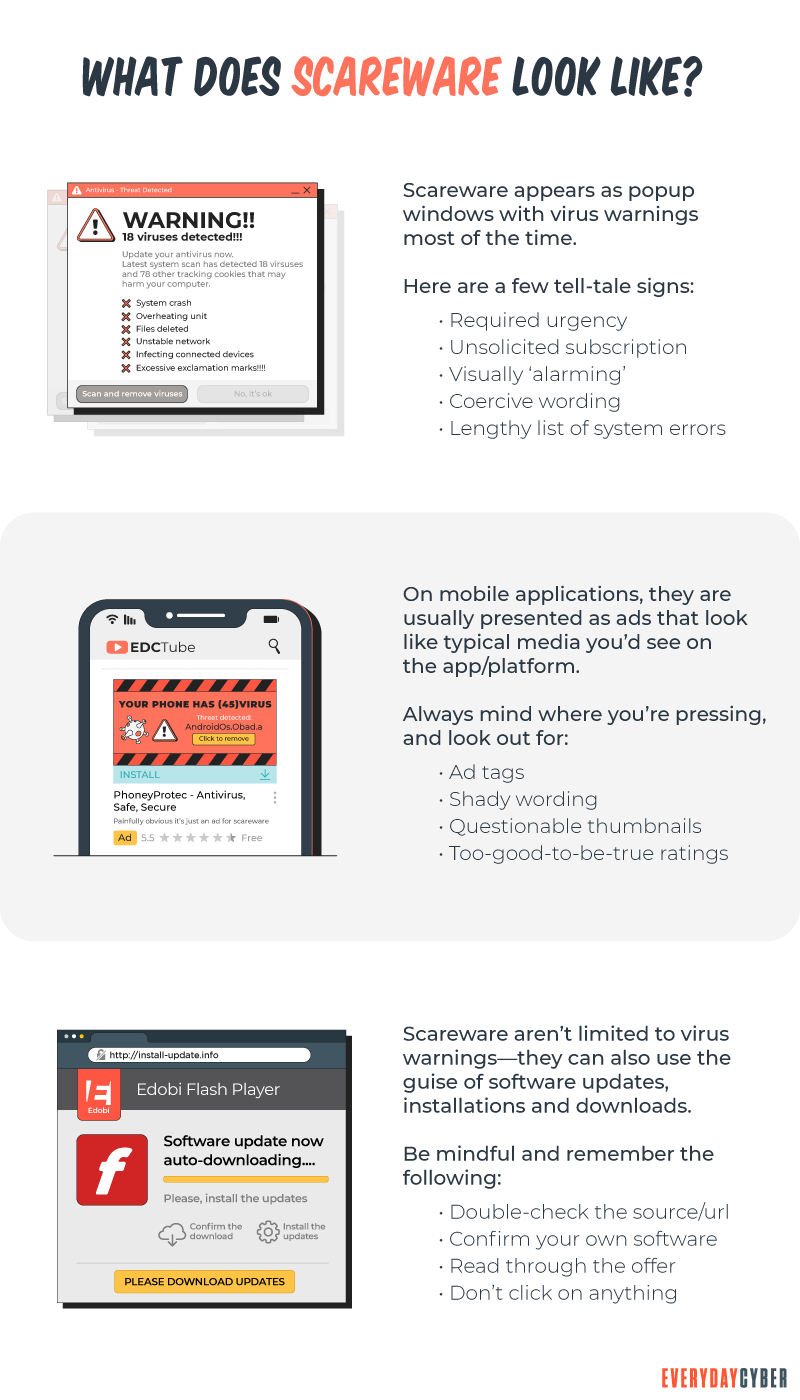 You can’t seem to close the pop-ups

They want their scareware pop-ups to remain on your device’s screen as long as possible. So, they make it difficult to get rid of the popups from your screen. If it’s difficult to close the pop-up ads, or if clicking on the “X” button to close them instead brings up more warnings, you’re likely dealing with scareware.

It’s a company you have never heard of

Most of the software being pushed through these scareware methods won’t be familiar to most users. Unfamiliar software is another sign that you are being scammed.

They appear to “scan” your device for viruses

To make their warnings seem even scarier, many of these pop-ups will seemingly start scanning your computer for viruses and report a list of the dozens or hundreds of viruses they claim to have uncovered. They are not scanning your device, and the results they’re showing are bogus.

Here’s how you can help keep scareware at bay.